Art in its Place 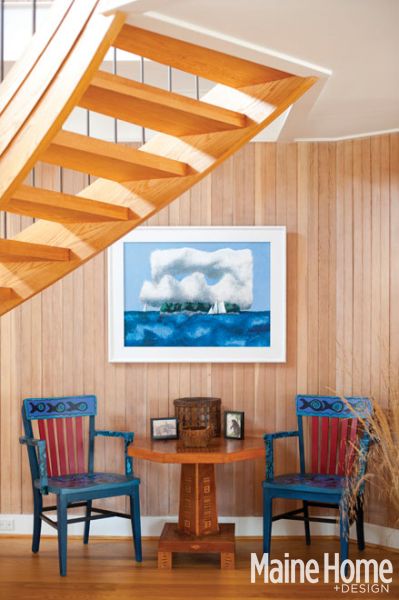 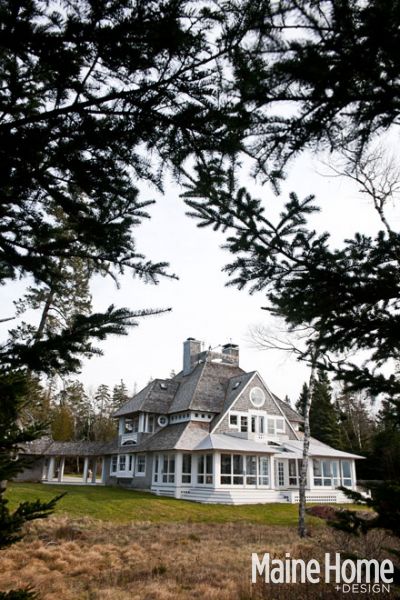 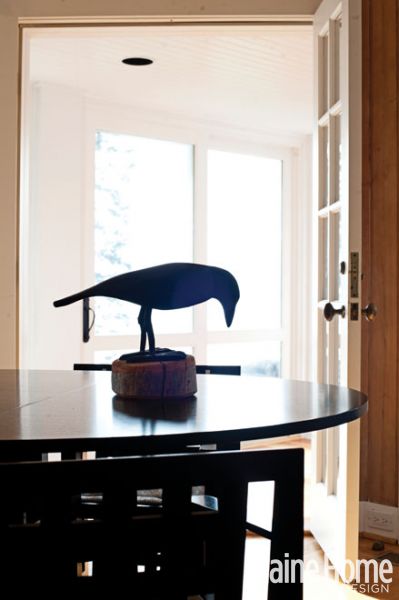 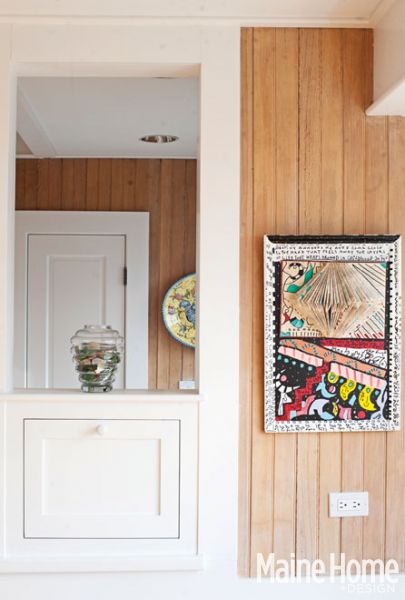 Ed and Betsy Cohen weren’t planning on meeting Suzette McAvoy when they visited Castine in the summer of 2008. But when they bumped into her at Dennett’s Wharf, they approached her with a proposition. They intended to build a serious collection of work by contemporary Maine artists and wanted to know if McAvoy could help. McAvoy is now the director of the Center for Maine Contemporary Art in Rockport, and before that she was the chief curator at the Farnsworth Art Museum in Rockland. At the time, though, she was unaffiliated with an institution and working as a consultant.

A visitor to the Cohens’ Islesboro summerhouse at the time might wonder why they wanted assistance. Their walls already sported paintings by Alan Bray, Lois Dodd, Linden Frederick, Alex Katz, Fairfield Porter, and Neil Welliver. Their tables and other surfaces held whimsical, contemporary folk art pieces, including work by Harvey Peterson and Wally Warren. But the Cohens were looking for something more than a good eye from McAvoy. Their hope was to build a collection of living Maine artists that could eventually be gifted to a museum.

With such a goal, what should the Cohens collect?

McAvoy visited their home and saw an opportunity. Bruce Brown in Portland collects photography and prints by Maine artists. A number of people collect Maine landscape paintings. But, to her knowledge, no one in the state was collecting works on paper with any real vigor. The Cohens could build an important collection by purchasing works on paper while adding pieces by new Maine artists and continuing to acquire paintings by artists they already admired.

“People who are looking to build a collection like this often don’t have time to go scour the galleries and museum exhibitions, but I am always going around and looking,” McAvoy says. Betsy is the CEO of The Bancorp, Inc., and Ed is the CEO of Atlas Energy, so it’s no surprise that they are too busy for the legwork that is part of McAvoy’s usual routine.

Still, the process was very much a collaborative one. When a rare Brett Bigbee drawing came on the market in Philadelphia, Betsy bought it. Whenever McAvoy wanted to suggest specific artists, she presented several examples from which Betsy could choose.

Aside from the Bigbee, the Cohens’ works on paper now include drawings by Alan Bray and Sam Cady, watercolors by Dennis Pinette, a William Wegman photo collage titled Egg Nurse, and a long, horizontal drawing by Rackstraw Downes, which was included in the Portland Museum of Art’s 2011 exhibition of the artist’s work.

The newest artists in the Cohens’ collection include Melinda Barnes, Megan Chase, Hilary Irons, and Aaron Stephan. Hilary Irons’s offering is a large painting of an opening greeting card and a flat envelope against a patterned background. The image on the card belies the apparent cheeriness of the overall painting, as it is taken from a tourist photo of the landscape outside Chernobyl. Barnes’s pieces consist of curious drawings on postcard-sized blocks. They are, McAvoy says, “little narrative fictions, portraying odd things that you see around Maine.” One is of an igloo-shaped food stand. Another is of an owl that suggests the decoys used at the end of docks to keep seagulls away. McAvoy found the images “poignant and humorous” and knew they would fit well with the folk art items in the Cohens’ collection.

“I’m looking for art that takes Maine as an essence and extrapolates it,” Betsy says. This search has led her to several paintings by Alan Bray, whose landscapes are, according to the New Yorker, “cool, elegant, and blessedly devoid of prettiness.” Betsy also has two large Alex Katz paintings—one of his wife Ada as seen from the back and one that is an abstraction of water. By the entrance door of the Cohens’ home, there is a third Katz, a small oil sketch of Ada wearing a kerchief. McAvoy explains that Katz always starts his large paintings with a quick plein-air oil sketch. This allows him to capture the immediate sense of light in the moment. Then he scales everything up for the finished product. When the Cohens’ first Alex Katz painting was shipped to Islesboro, it arrived damaged. Betsy tracked down Katz’s contact information from his dealer and invited the painter for lunch. Katz arrived with his paints and fixed the damage. The two have remained friends ever since. Joyce Tenneson is another artist friend, and some of her most recent photographs, which are printed on gold leaf, are represented in the collection. They sit on a table in front of a painting by Eric Hopkins (another artist who appears frequently on the Cohens’ walls).

The Cohens have been summering in Islesboro for 23 years. They first discovered the island when their son Daniel went to sailing school there. At the time, the Cohens were looking for a new location for their summer vacations. The dairy farm west of Philadelphia where they used to go was becoming too suburban for their tastes. Islesboro’s beauty and quiet charmed them, and soon enough they’d built a home there. Consisting of three shingle-style buildings joined by a covered walkway and topped with hip roofs, pyramid roofs, and an octagonal roof, the house—designed by architect John Silverio of Silverio Architecture and Design in Lincolnville—was meant, in Betsy’s words, “to grow organically out of materials that came from within a 50-mile radius.” The art collection, she adds, “is an extension of that.”

Although the house was built in 1989, it still reads as new. “It has a classic design and a narrow palette of colors,” says Floss Barber of Philadelphia, who was the home’s interior designer. “When you have white, gray, black, and wood, things have a longer shelf life.” (The builders of the home, Tectonics of Rockport, are no longer in business.)

The three buildings include a central living space, a garage with an upstairs apartment, and a guest cottage. The main entry has a large curved staircase and opens onto a living room, dining room, and sitting library, all paneled in fir. These rooms then open onto two screened porches, which have just recently been enlarged by Larry Wonson of Islesboro. Outdoor decks and steps lead down to the grass, where there is a pool area and the ocean beyond. Upstairs there are three bedrooms, each with its own bath and balcony. A spiral staircase leads from the master bedroom to a loft space. A wooden ladder ascends even further, from the loft to a roof deck surrounded by a shingled railing.

Art fills the loft space. Some pieces—like Betsy Eby’s black and white encaustic, an abstraction that suggests multiple birds in flight—have found a place on the wall. Others—like a Katherine Bradford painting of swimming women that references Matisse’s 1909 La Danse—are leaning against a chair or propped against the wall, waiting to find a home.

The Cohens collect art at their other homes as well. In Florida, they have two Mapplethorpes. In New York, they have Japanese baskets and work from Asian and Northern European photographers. In Maine, the focus remains local. Place and art are intimately linked. When asked why she bought a Fairfield Porter watercolor that hangs over the fireplace in her library, Betsy says, “It could be right out our window. It’s so completely Maine. How could I resist?”