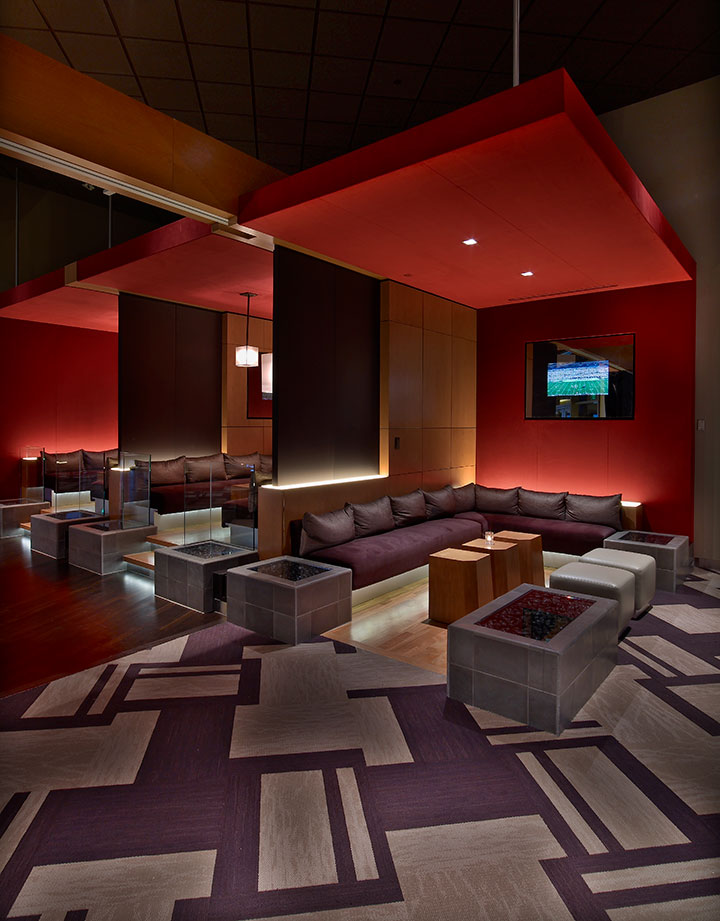 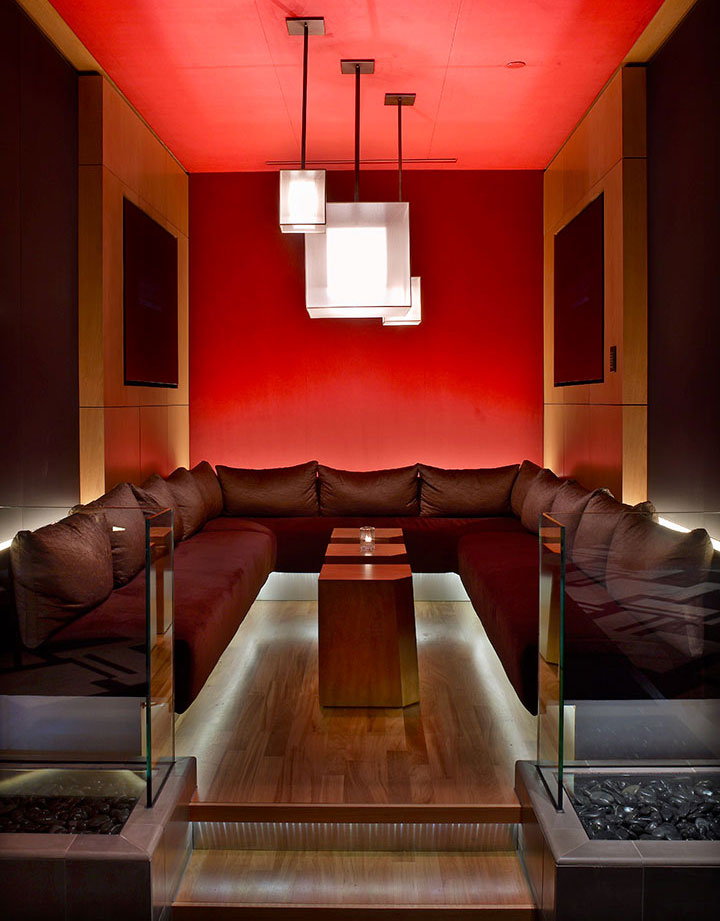 The 6,000-SF Wheelhouse Bar and Grill at Rivers Casino claims both the largest television set in Pittsburgh and the largest pierogi in the world, at 123 pounds. The 2009 facility combines a sports bar and a luxury restaurant and features a seamless transition from indoors to outdoors.

To add perceived expanse, we designed an imaginary ceiling of large squares of light, bordered in tranquil blue, evoking a summer sky. Striking views of Heinz Field and PNC Park thrill patrons and, once again, bring the outside in. The sleek, modern, and transparent bar is made of Formglas, a strong yet lightweight synthetic material enhanced by color-changing LED lights. Multiple TVs accentuate the space. A variety of elements, including the bar and a giant theatrical screen, can retract to enlarge the stage for live entertainment. 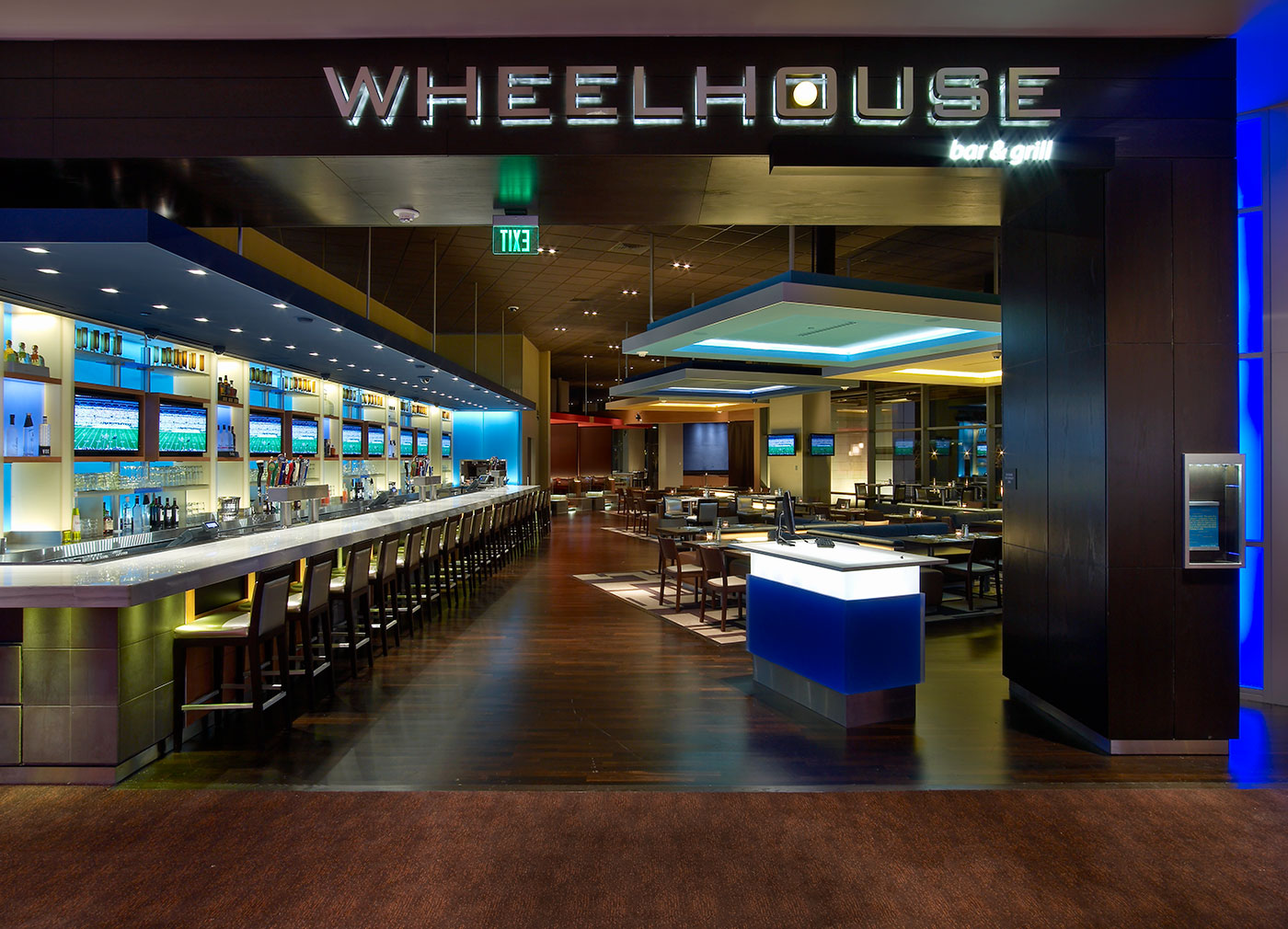 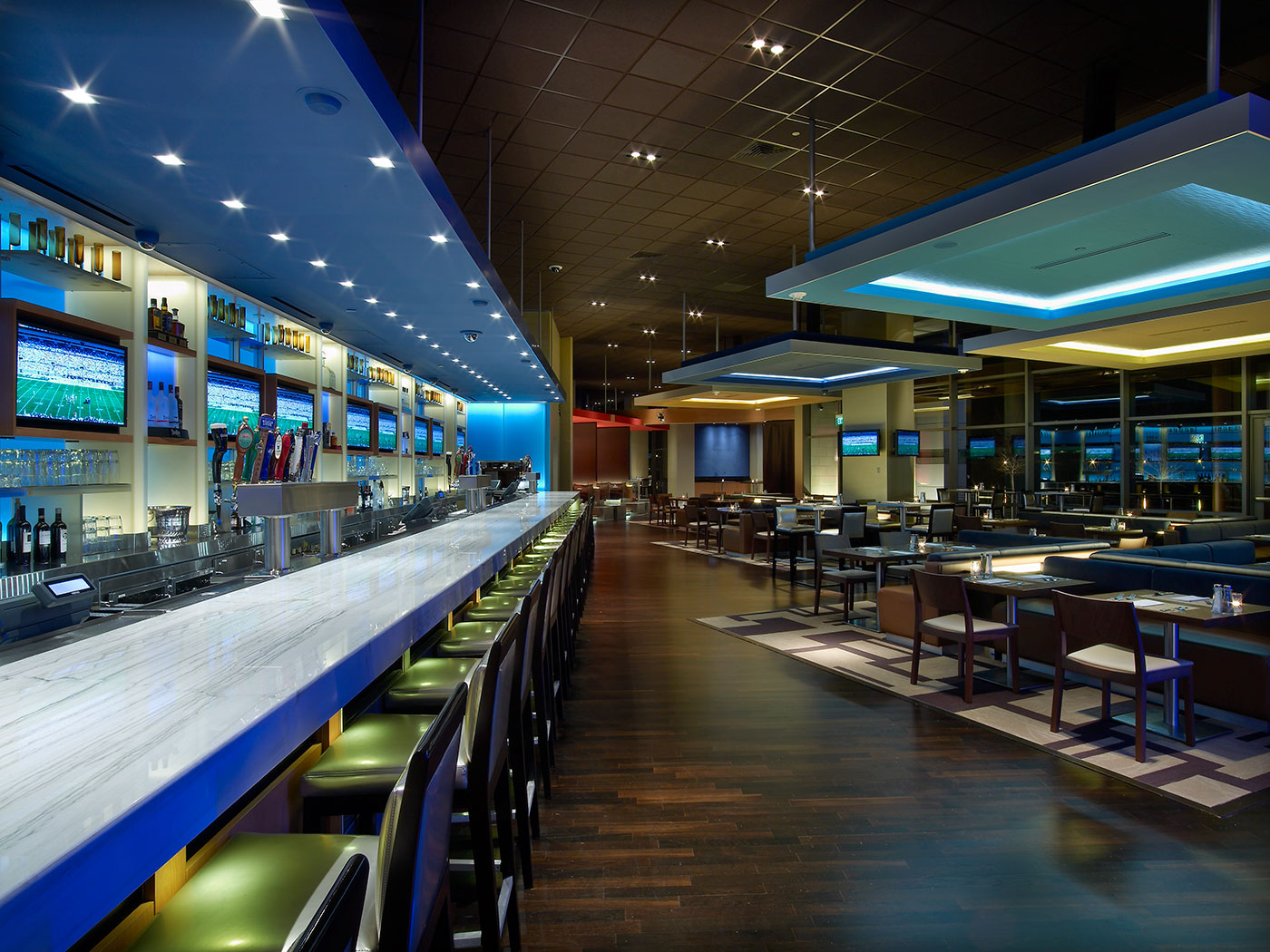 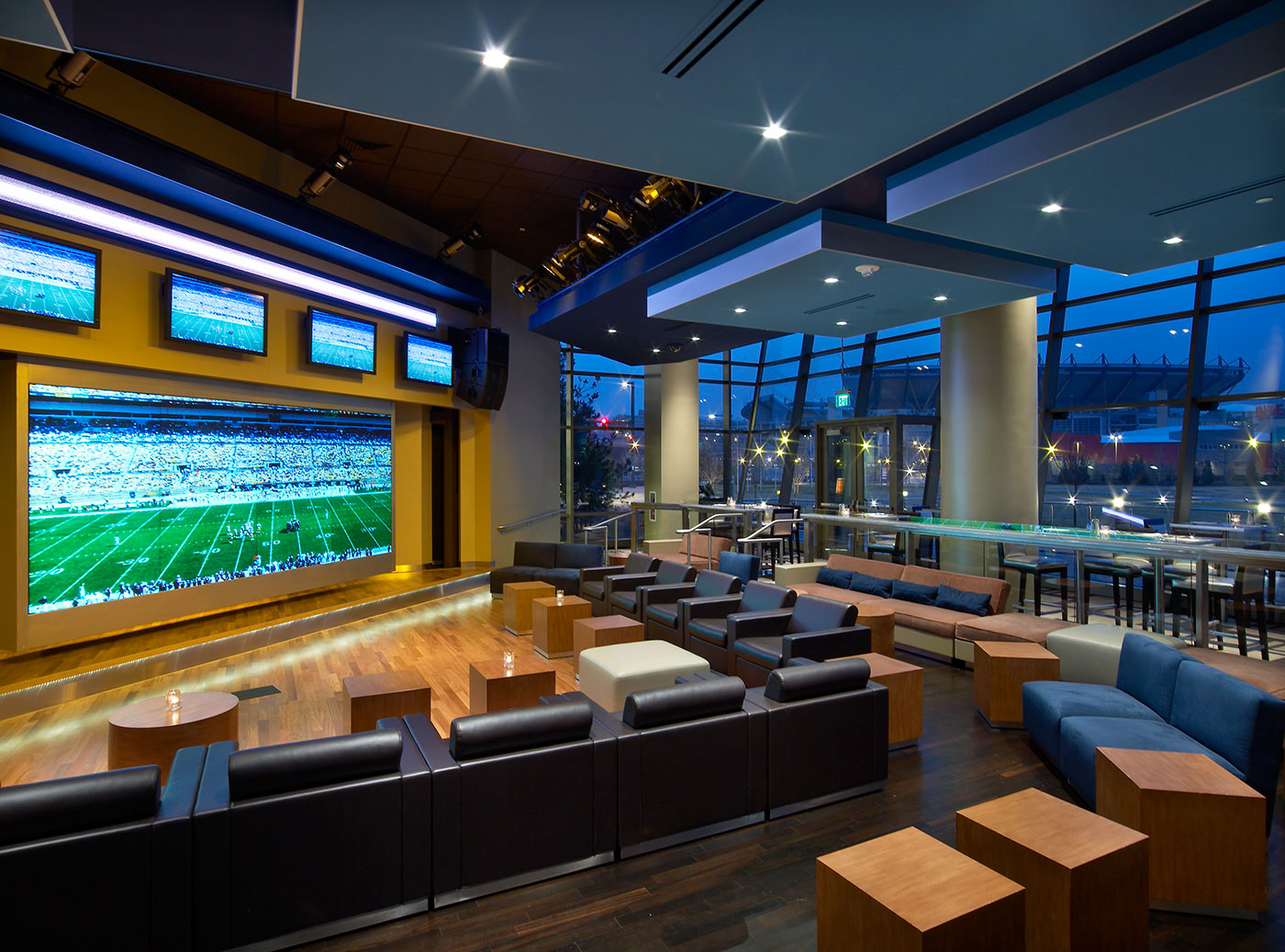 Next Project →
← Previous
View All Projects